You are here: Home » Steve's Tip of the Week » Hydration = Performance 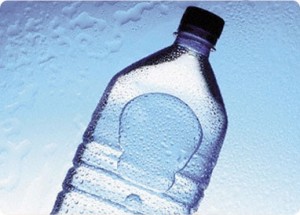 One of the most common things I hear about is how players start off well and then begin to tail off towards the end of the round!

For a 4 hcap that means shooting 5 over, not too bad…
But for a 20 hcap that could mean 25 over, getting worse!

That’s not the whole story however, what happens to your mind when things don’t go your way. Those figures are based purely on the numbers, the actual loss of shots could be massive.

So how can we combat this, first of all if your thirsty it’s too late! We need to put a drinking plan in place for your round. We should consume an average of 1 litre of liquid during a round of golf. But we don’t want that to be all water!

I would suggest that the liquid be split 50/50 between water and an isotonic energy drink such as powerade. The powerade has around 8% carbohydrates in it giving you a steady stream of energy on each hole.

That should ensure that you stay hydrated and receive a steady flow of energy. Why waist all that practice when by simply taking in two mouthfuls of liquid per hole you can operate and play to your full potential.

So take some liquid in whilst playing golf, if nothing else it could save you at least one shot!